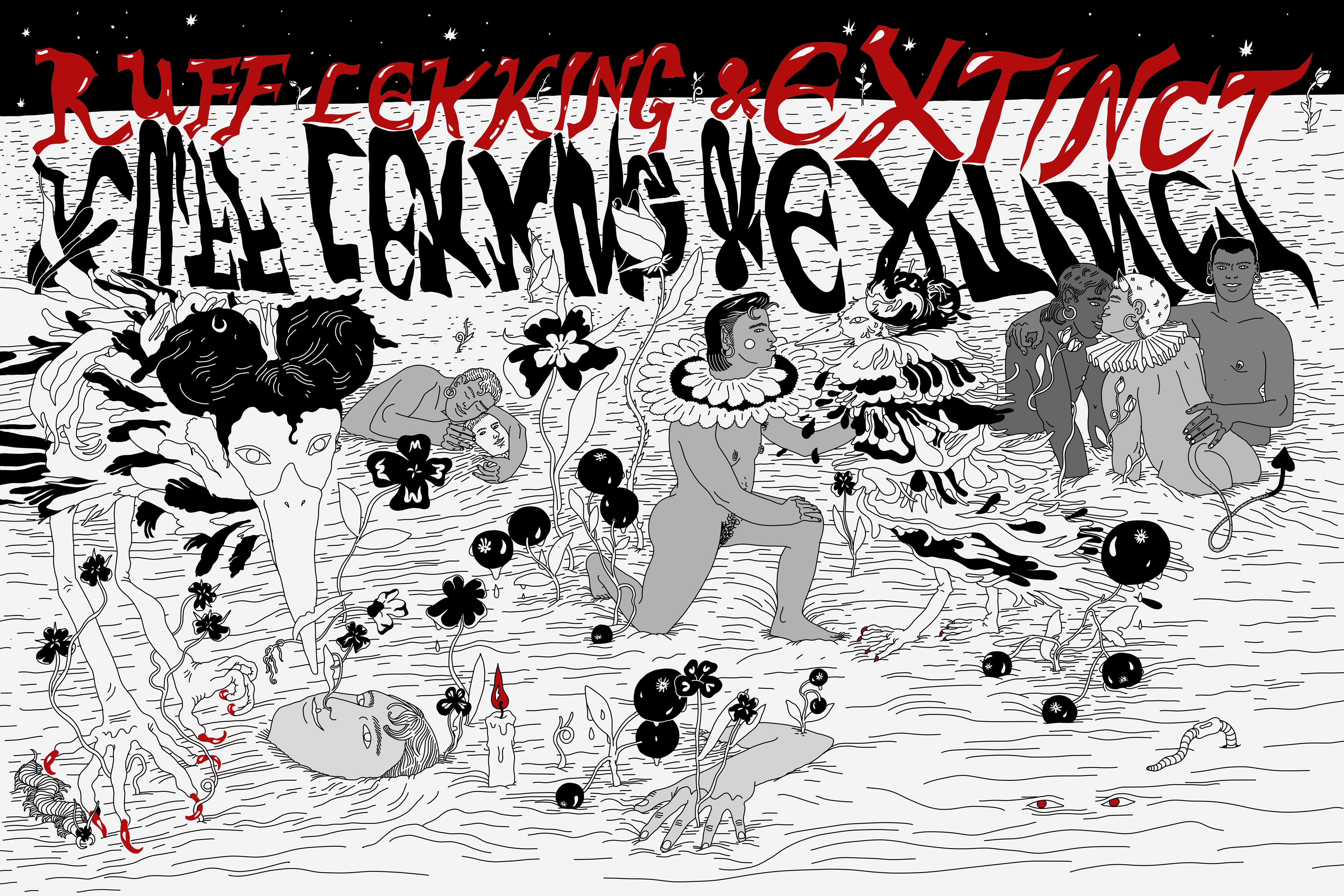 The performances and demos are canceled due to COVID-19 situation. The artists will work in residency at Mad House and later on they will produce a text about the working processes.

Ruff Lekking & Extinct is a night of two separate solo performances rewriting the narratives of naming something as natural. The night takes you on a journey through wetlands of queer birds and the underworlds of the living dead.

Auer and Ala-Ruona prepare these performances in dialogue. Their collaboration is rooted in their mutual admiration for each other’s work and a deep friendship.

Both performances are in English.

Ruff Lekking studies gender and sexual diversity in what we call nature in what we call Finland. Ruffs are a species of wading birds that nest in Northern Europe. In breeding season they gather in leks to display their plumage. They have four distinct genders with differing sexual behaviours. Biological literature explains this away by claiming that there are three different types of males. Auer’s performance will complicate this assumption and take it as a starting point in instigating a shift in our understanding of what accounts as “natural”.

Camille Auer is a writer, artist and performer. She is always looking for that saturation point where theory turns to practice. Auer has had several solo exhibitions, does affective noise performances and has published poetry and essays.

There is a hollow space opening in my flesh - it’s a blissful void.

Extinct is a performance about death and earthly afterlife, composing ghostly and transcendental bodily experiences into a verbal and musical incantation. It tells a story about inhabiting a living dead body. It’s about phantasmal shapeshifting, abjection, trauma, reincarnation and voids that annihilate binaries.

Extinct is an endeavour to harness the abysmal heat rising from the underworld and to convert it into immeasurable pleasures of the body, gender and multitude of selves.

Teo Ala-Ruona is a performance and visual artist. They explore topics of sex, queer-ecology, environmental toxicities and gender through re-defining language and stories about desire, pleasure and intimacy on a toxic Earth.